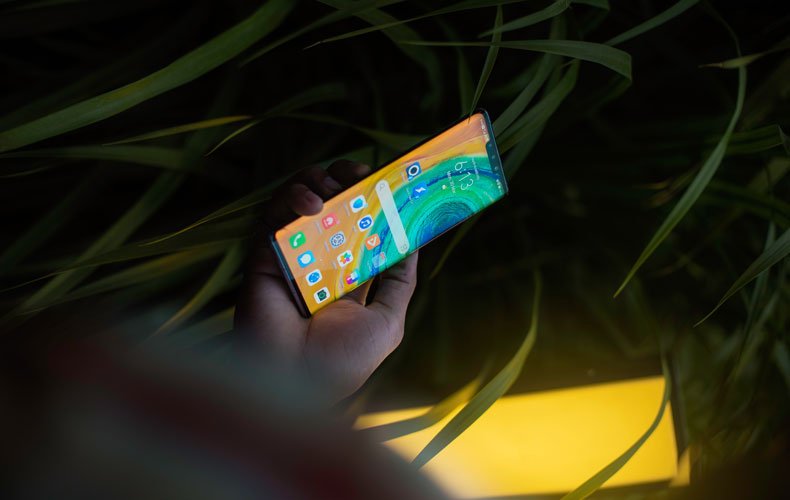 Interested in Huawei Mate 30 pro? In 2018, Huawei ‘arrived’, with its outstanding P20 smartphone, an imaging sizzle that took reviewers and a lot of customers unexpectedly. Then, the Mate 20 Pro surpassed it in virtually every way possible, and at long last here comes, the P30 Pro which lifted the lid on smartphone imaging with its incredible zoom.

It has a massive 4,500mAh battery, 8GB of RAM, 256GB of storage, that uses a brand new powerful Kirin 990 chipset, and 6.53 inches of virtually wraparound OLED screen, all packaged in an exceedingly rich glass and metal design.

It’s again big; there seems to be no physical volume button on the side of it, but advanced sensors located around the notch area which helps with gesture controls.

If you are the type that falls among the potential buyers, though, you ought to be saving towards the purchase according to the phone initial pricing estimates:
• Mate 30 Pro (128GB) –
• Mate 30 Pro (256GB) –

The first thing to be noted here is that the screen on the Huawei Mate 30 Pro is a bit smaller than what we’ve on the Mate 30. The screen as a height of about 6.53 inches, the curved edges or sides of the OLED screen display look much nicer here, giving way to the back to where we have the same beautiful and yet strong glass treatment.

Both ends of the Huawei Mate 30 Pro gets a strong Corning Gorilla Glass 6 to protect it well beautiful design flagship against any scratch and breakages making it a very powerful solid mobile device – but that give any room for it to be handle carelessly.

Moving on to the next one, we have an aluminium frame which is sorely lacking inside volume buttons.

This year, Huawei has decided to surprise us by going virtual for the first time giving us a virtual controller embedded in the screen by just double-tapping on the side right above the power button – which gives a nicer UI and overall cleaner feel. Even though it might take time to get used to, it also does contribute to the elegance beauty of the unit.

A total of 6 cameras ship with the Huawei Mate 30 Pro and that makes them just as interesting as they come. The front of the unit features a notch which houses the 32 megapixels main camera enhance by a 3D ToF sensor.

The latter sensor won’t only help put more depth into images but will also greatly improve the operations of the Face ID which ships with this smartphone.

Although the selfie camera can capture HDR and panorama shots, we don’t see a LED flash in the front camera housing.

But they try to make this up with the rear cameras coming with a dual-tone, dual-LED flash of their own. That deserves a 40 megapixel main unit for wide shots flanked by an 8MP telephoto shooter, another 40-megapixel ultrawide sensor and a final 3D ToF camera too.

All of these combine to produce the best mobile photography shots in the market today.

Hardware, Software and Other Features

Huawei proceeded to stick to its tradition by exploiting a HiSilicon Kirin 990 chipset manufactured under the highly efficient 7nm+ process for this top flagship device. That should make sure the huge 4500mAh battery is suitably managed, and also doing well in the handling of other tasks too.

Even if the chipset is not helping to optimise the battery, a 40W fast charging capability means you don’t need to wait long to get your phone juiced up. And a lot of people will love the 27W rating on the Huawei Mate 30 Pro wireless charger, also providing the phone with the ability to function or work as a power bank.

There are only 8GB RAM options for this device, but they can be selected or choose from storage options of either 128GB or 256GB. For users who want more storage, a shared microSD card slot can take an extra 256GB.

Let’s first point it out specifically what the Huawei Mate 30 Pro is missing. The Huawei mate 30 Pro appears to be the Google Mobile Services and other vital apps including Gmail, Google Maps, Google Photos, YouTube, and anything Google related tends to be all absent from the Huawei mate 30 pro.

Furthermore, You get to lose the Play Store itself, Meaning you can not install Netflix, Twitter, WhatsApp, Citymapper, and many other Android apps, and it’s somehow, very difficult to add your Google account to Huawei’s email application. Moreover.

Even though you attempt or try to sideload a number of the apps onto the device, you will receive an error message from Netflix saying the app isn’t compatible with your device, while CityMapper will send you a message saying the app won’t run without Google Play services is installed.

Huawei brought about its alternative app store for the mate 30 pro called AppGallery, but despite the organization saying it has invested almost a billion dollars into it, and yet the platform is still barely usable by customers.

There are many clones of Apps example Messenger, WhatsApp, and Spotify, among other popular services, a number of them appear to be spam or how to gain information. 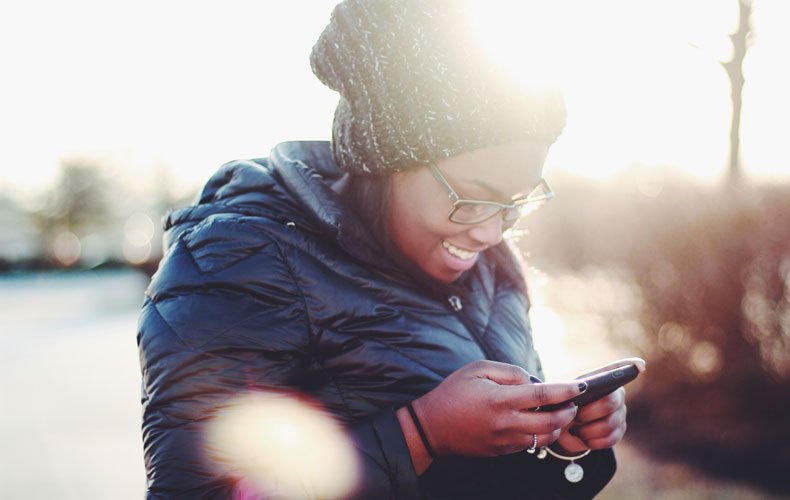 Huawei wants its customers to look at the newly launched AppGallery as a glimpse into the future, but it needs serious curation before it’s usable not only in China but in other countries too.

One reasonable way to this is sideloading Google Play services. By using the Google Services Framework installer online this permits you to download the Play Store and some Google’s array of apps within a few minutes.
Nevertheless, this is often not advised by Google or by the Huawei company either, and with good reason: sideloading apps are often dangerous.

Spammers might mask malicious programs as true Android applications, allowing them to have access to the phone and steal personal data which will end in phishing attacks or ransomware.

Although it provides a viable alternative going through the Google ban, that is just the major risk facing the Huawei mate 30 pro, again if that doesn’t bother you and you still want the strong flagship phone then your good to go

Will, there be a 5G version of the Huawei Mate 30 Pro?

The answer is yes Huawei did say there will be a 5G versions of the Mate 30 Pro and it will be powered by the same powerful Kirin 990 CPU which have some significant boost in the aspect of performance, power efficiency and fast networking.

There’s also the 256GB of storage with a big 8GB of RAM. Furthermore, the 5G model can handle pretty much anything you throw at it whether is playing heavy online games e.g PUBG, Fortnite, Call of Duty, just name it or maybe just using the phone for the basic stuff.

The 5G model is said to break mobile internet speed records but we will see when it’s released.

Where You Can Buy Huawei Mate 30 Pro In Nigeria

Best offers of Huawei Mate Pro and others

Shopping online is far better than going into stalls or supermarket to buy goods and ask for services to be rendered because it saves a lot of time and stress. Check out the best offers for the new Huawei Mate Pro on Jumia.com.ng. We also show you some other great deals of Huawei Smartphones in case you would like something different than the Mate 30 Pro.

Some Of The Things To Check When Shopping Online

When you’re buying from online stores, be sure that you simply do the following:

Conclusion on the Huawei mate 30 Pro

The Huawei Mate 30 Pro can be agreeably described as the almost perfect flagship killer that deserves some credit especially when you start rating it according to its design, battery and camera.

There is only one problem that most people don’t like with this flagship killer smartphone; no Google Services although it is running on Android 10. But this is still going to be a major deal-breaker for many users in Nigeria and other countries except for China.

If you’re willing to go ahead and give it a try with the Huawei App Gallery and services as well, then you can give the Huawei Mate 30 Pro a try but be cautioned, it’s going to be lonely out there as you might feel left out from the rest of the world.

Although Huawei did mention that they’re e investigating A billion-dollar on her software ecosystem but that is going to take a while to pay off.

And I also mentioned earlier ago in the review that there will be a 5G version of the Huawei Mate 30 Pro although 5G is not fully integrated in Nigeria yet.
But it won’t be a pain having one just in case your country decide to mount 5G cables or you’re in a country that has 5G network. 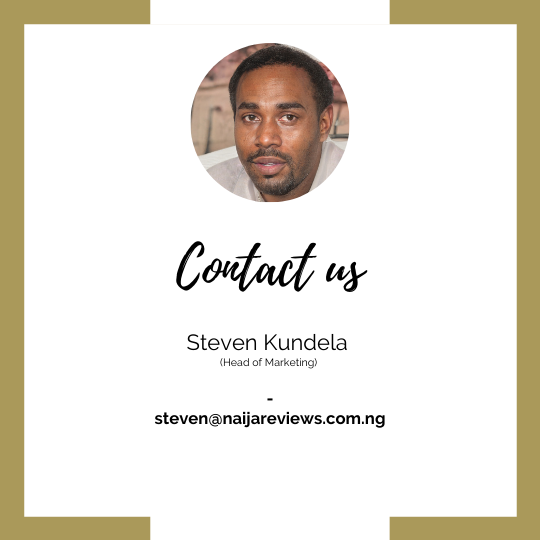